Thanksgiving Around the World

Kicking off the holiday season, the American Thanksgiving occurs on the fourth Thursday of November. Its origins go back to the fall of 1621, when Pilgrims celebrated their first successful wheat crop. The holiday has since evolved into a day in which families gather around a feast of turkey, mashed potatoes, cranberry sauce, and pumpkin pie. Newer traditions include watching football on TV and shopping for the best deals the next day, on what has come to be called “Black Friday.” But while all this seems uniquely American, we are not the only culture to give thanks during the traditional harvest period. Here is a look at other Thanksgiving-like traditions around the world:

While Americans pay tribute to the pilgrims and Native Americans, Canadians give thanks for a successful harvest, a tradition dating back to European festivities honoring the bounty of the harvest and a pleasant winter to come. Canadian Thanksgiving—or, to its French-speaking citizens, l’Action de grâce—was first celebrated in 1578 (long before Pilgrims even landed in Plymouth, Massachusetts), when English explorer Martin Frobisher gave thanks for his fleet’s safe arrival at present-day Nunavut. It was declared a national holiday in 1879 and is now celebrated on the second Monday in October. It is earlier than the American version, because being further north, harvest time co

mes sooner. Canada’s celebrations now include a similar menu to its American counterpart.

Like the American Thanksgiving, China’s Mid-Autumn Moon Festival is a time for family and loved ones to celebrate the end of the harvest season with a giant feast. It falls on the 15th day of the 8th lunar month of their calendar. Chinese believe that the moon is roundest and brightest on this day. A typical food eaten during this festival is a moon-cake, a flaky pastry stuffed with either sweet or savory filling, often presented in special festive packaging, exchanged as gifts by family and friends. 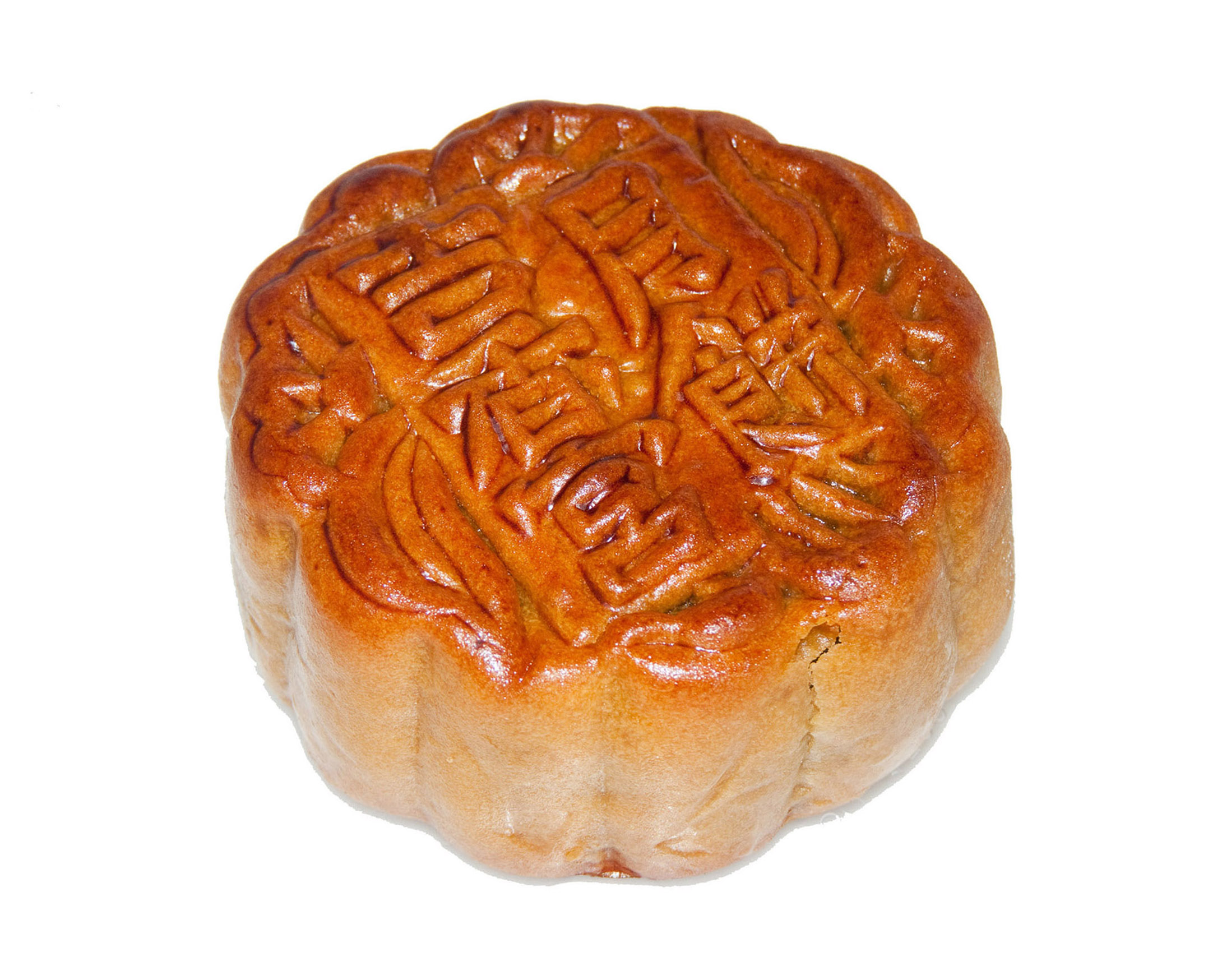 In Korea, the celebration most like Thanksgiving might be what is known as Chuseok, “fall evening.” This celebration also begins on the 15th day of the 8th month of the lunar calendar and continues for three days. As with other Thanksgiving celebrations, it may have originated as a celebration of the harvest moon. Korean families gather for a memorial service and usually, a trip to the graveyard in remembrance of their ancestors and forefathers, after which they enjoy a feast in honor of the deceased. It includes a dish called Songpyeon, a type of rice cake filled with red beans, chestnuts, sesame seeds or other ingredients.

In Japan, Kinrō Kansha no Hi is a national public holiday celebrated on November 23rd. Derived from ancient harvest festival rituals named Niinamesai, it may have also originated to celebrate the rice harvest several thousand years ago. Nowadays it is viewed more as a celebration of hard work and community involvement, which is why its modern name can be translated as Labor Thanksgiving Day. It was officially created in 1948 to celebrate the rights of workers in post-World War II Japan. While it is not a traditional family celebration, it is a time of festivities led by labor groups.

Celebrated on the first Thursday in November, the Liberian Thanksgiving is directly inspired by its American counterpart. This is not surprising given that Liberia was founded in the early 1820s by freed slaves from the U.S. who brought with them a number of traditions and customs from the New World, including Thanksgiving. The concept of the cornucopia is central to the Liberian version, with churches filled with baskets of local fruits like bananas, papayas, mangoes, and pineapples. Often these fruit-filled baskets are auctioned off and then incorporated into the feasts. Concerts and dancing are also an important part of Liberia’s Thanksgiving traditions.

Homowo Festival is a harvest celebration in the Accra region of Ghana. Its name means “making fun of hunger” and it celebrates the Ga people’s overcoming of famine with hard work resulting in an eventual bumper crop. The festival occurs around harvest time between May and August, before the rainy season begins. The celebrations are conducted in the order of age of each of the local communities, beginning with the Nungua community and ending with the Teshi community. Several types of crops are traditionally represented; people travel back to their ancestral homes with their harvested crops to join the celebration which last for nearly a week. Depending on the community there is usually a giant feast complete with dancing, singing, and drum-playing. There is some speculation that its customs could even have been influenced by the Jewish Passover holiday.

Erntedankfest is a rural religious holiday traditional in the Rheinland region that takes place on the Sunday after Michelmas, which is September 29. It is a rural and religious harvest festival that gives thanks for a good year and good fortune. While in urban areas it is primarily a church service, in rural areas festivities might include a fair, a lantern parade, or a procession where one wears a harvest crown made of grain, flowers, and fruit. Various poultry such as goose are traditionally preferred over turkey for the feast.

The pilgrims who eventually landed at Plymouth Rock on the Mayflower actually traveled first to the Netherlands where they remained in Leiden for several years before being able to continue on to North America.  The Dutch have claimed influence on several elements of colonial American life, and some even suggest the pilgrim’s Thanksgiving found inspiration in their annual commemoration of the breaking of the Spanish siege of 1574. These days, there is a Thanksgiving celebration at the town’s Pieterskerk (St. Peter’s Church), where the city dwellers worshipped and feasted on bread and fish after their liberation. The people of Leiden still celebrate the American settlers who once lived there with a non-denominational service with religious leaders from several religions on the traditional American Thanksgiving day. Afterwards, there’s no turkey, but cookies and coffee are offered.

The island of Grenada’s Thanksgiving holiday is relatively new. It is held on October 25th every year, and commemorates the anniversary of the 1983 U.S. military invasion which restored order after the death of communist leader Maurice Bishop. American soldiers who were stationed in the country the following month explained to locals about the upcoming Thanksgiving holiday, which was completely unfamiliar to the locals. Because they were so grateful for what the forces had accomplished, the people of Grenada surprised the soldiers by pulling together the elements of the traditional feast, complete with turkey and all the fixings. Today, it is celebrated in formal ceremonies of remembrance.

This small Pacific island located between Australia and New Zealand is actually populated by the descendants of the Bounty mutineers, and was once a British penal colony. Like Grenada, it owes its Thanksgiving to the US. It began in the mid-1890s when American trader Isaac Robinson proposed decorating the All Saints Church with palm leaves and lemons, hoping to appeal to passing American whalers. The tradition caught on. Now, on the last Wednesday of November, parishioners adorn their churches and sing traditional American hymns and enjoy a meal of local specialties such as cold pork and bananas, but with a twist… All-American pumpkin pie is also served.

Wherever in the world you find yourself this Thanksgiving, CCA wishes you a happy holiday!

Posted on November 25, 2015
By Chang-CastilloHoliday Traditions

Looking for the Best Holiday Gift Ever? How About a Second Language?
December 17, 2015
Celebrating the New Year Around the World
December 27, 2013
Christmas Traditions from Around the World: Spain, China, Iceland
December 20, 2013
Request a Quote
Copyright 2020 Chang-Castillo and Associates